Value the people around you. 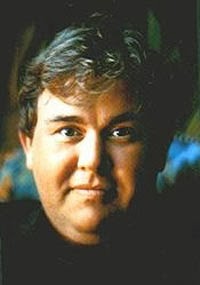 John loved people, he loved his friends, his family and would have done anything for them. I have heard numerous stories from his friends and colleagues about times when he supported them, looked out for them. From diving in when he saw an injustice to loaning money and a kind ear.

Last week I interviewed Tony Rosato who was originally directed by John when he was part of the Second City Touring Troupe. He was also given one of his first breaks by John and Joe Flaherty to become part of the SCTV cast which then lead him to Saturday Night Live and beyond. Tony told me stories of living next door to the Aykroyd's, becoming life long friends with John and the time John bailed him out big time. His generosity knew no bounds and yet he was a everyday kind of guy. A sweet story featuring the Aykroyd's love of fish which led to Tony and John setting up a huge tank with African Cychilds will be in the book, it stirred up images of young boys working together and being chuffed to bits with what they achieved. When I say boys - they weren't at the time - but I love their child-like hearts.

I asked Tony a stupid question, does he still miss John? Of course the answer was, without hesitation, "everyday".

John was also very considerate to those he did not know so well, showing simple acts of kindness. A couple of weeks ago Donna Meyer told me a story when John was filming Wagons East, a spoof western which was actually his last film (he passed away in Mexico whilst on location). "On Ash Wednesday, we were going to be shooting an hour or so out of town. He knew that most of the Mexican crew were Catholic and that with our very early morning calls and long days, most of them would not be able to get to church. So he made arrangements with the priest of the church he had been attending to travel out to where we were shooting to bless and give ashes to any of the crew members who wanted it. It was the most thoughtful thing I'd ever seen."

There are countless stories of John helping others - one in particular about an old neighbour of his who lost her husband, every year he would send her flowers and make sure that when the snow came her drive was cleared. He would eat out in restaurants - then help the kitchen staff in the back and help serve customers.

You never forget those that have been kind to you, that haven't judged you. Not everyone around John was like this, he got hurt by many, but it never stopped him from being true to himself and giving so freely.

He was the "real article".

Researching and writing about John always inspires me to be a better person.

This week I have been shown kindness that I will never forget, thank you to those who gave it to me, I am truly blessed. x