A story of determination - Cool Runnings 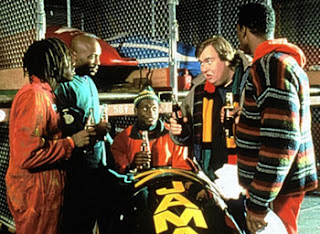 When I doubt that I can do this, I watch Cool Runnings. A Disney film based on the story of the Jamaican national bobsled team's debut in the 1988 Winter Olympics, Canada. If you haven't seen it I won't elaborate further - for God's sake go and watch it! The ultimate feel good movie, a brilliant illustration of just how far determination and fighting against the odds can get you.


I have been lucky enough to interview two of the actors playing the Jamaican Bobsled team, Malik Yoba (Yul Brenner)  and Rawle D Lewis (Junior Bevil). Nervous wasn't the word, luckily I had three huge Cool Runnings fans on hand for encouragement (thank you HBT, Sarah and Kerry-Lou).

Malik was very kind and encouraging and told me my book shouldn't just be about John Candy but about hope and helping others.


I think by the time I got to talk to Rawle I was even more nervous, I shouldn't have been. So far I think Rawle has been one of my top three favourite interviews. He is so sweet and funny and we talked for almost an hour - it was like I was talking to an old friend. He didn't just work with John Candy - he was a massive John Candy fan. He remembered every detail and really cherishes his memories of John. I felt a real affinity to Rawle, he was a joy to talk to, especially as he was telling me John Candy was everything I wanted him to be and more.

Rawle gave me so many stories - you will have to read the book for all of them, however he did tell me how John had made them all CD's and given them gifts that he thought would help them with their characters. John Candy was renowned as being generous and thoughtful. 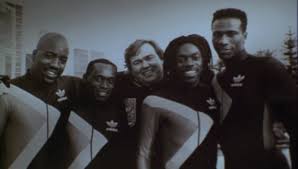 One of the things he gave Rawle was a song and a film by the same name.
http://www.youtube.com/watch?v=xGE4dnrPPZQ

Cool Runnings never fails to give me goose bumps, it makes me laugh and cry every time. John shines not just as a comedic talent but also as a dramatic actor.

Next time you feel low on confidence go and watch this movie, it will make you feel like you can move mountains.

"I'm feeling very Olympic today. How about you?"
Posted by Tracey Morgan at 13:04