So I decided I was going to write a book, that in itself is a start. There are many old interviews and articles about John but I wanted to give a real 360 view with interviews and information that had never been published before. I was so green, this was a daunting task. 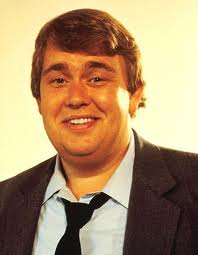 A complete unknown I had no idea how I would get people to take me seriously. The great thing about some of the people who worked and were friends with John, is that they too were creatives and dreamers which really worked in my favour. Of course I have encountered many naysayers, but if nothing else I am tenancious.

Luckily, one of the first people I came accross during my research turned out to be not only an invaulable source of information, but also of support and encouragement. When John was at Neal McNeal High School he met Jonathan O'Mara, they hit it off straight away and soon became the best of friends. Jonathan has given me some lovely stories and insight about John at school, the jobs they did, road trips and Friday nights driving around town. This was two years ago and still today Jonny O and I are conversing and he helps me wherever he can. I often wonder if I hadn't found Jonathan would I have got any further? He has given me so much confidence, I will always be so grateful to him.

I can't wait to share his stories with you.

For now though, this is something that isn't in the book, but something Jonathan wrote when he lost his dear friend, this was published in the Toronto Star...

Yesterday, you left. Without saying goodbye. I know I should have sought you out sooner, but with you being a movie star and being so busy and having a new circle of friends, I would have felt like an intruder.

Not that you would have made me feel that way. Just the opposite in fact.

I remember at our high school reunion, when you had just finished Splash and you were mobbed by a couple of hundred people looking for autographs, you smiled at everyone and signed every slip of paper handed to you. When you were finished, you looked tired.

I approached you tentatively since we had not seen each other for several years. Would success have spoiled my old friend? Not in the least.

Your gave me a big, heartfelt bear hug and shyly shook my wife's hand.

You introduced me to your friends, Joe Flaherty and Catherine O'Hara, whom I had known from SCTV programs. I was touched that they came along to support you in your "homecoming" performance for your old schoolmates, but then, you always attracted genuine people to you.

You disliked pretense and never showed any.

Even then, when you were rocketing to success, you were humble and unsure of yourself. Didn't you know everyone loved you?

Remember in 1968‑1969 when we were inseparable? You worked in the pet department of the Towers store in Scarborough and I in a Becker's in the Scarborough boonies. After work, you would climb into your big car which you called "the White Knight" and would come to my work, perch on the end of the counter and help me close up. Then we would cruise around, listen to music and talk.
You were a sad young man then, John, in spite of your jovial, wisecracking exterior. I remember thinking how unusual it was for you to live in a bedroom in the basement while your mom lived upstairs. In all the times I came to your house, I think I only talked to your mom four or five times.

I know you missed your dad terribly. I couldn't understand losing a parent when only a child of 4. I guess that helped to make you the very sensitive person you were.

Remember the Donlands movie theatre? I think it's gone now, but it was only a stone's throw from your house. How you loved movies!

We would watch two or three showings of the same film some evenings. You seemed to lose yourself in them.

Did you ever seriously imagine that one day your face would be up there?

I seem to recall that you didn't think you had much of a future. You were tormented by your weight to the extent that you went to Buffalo to sign up with the U.S. Marine Corps. You said that the training at Paris Island Boot Camp was so rigorous that you would lose all of your weight.

You also said that if you were shipped to Vietnam, you wouldn't care. "Que sera, sera." What will be, will be.

Well, I tagged along that weekend to try to dissuade you, but we ended up in the recruiting office all the same. If it were not for that football injury to your knee, they would have taken you. I was relieved they didn't, but you were very disappointed.

I have a photo of you from that weekend in Niagara Falls, Ont. You're smoking one of those damned Marlboros that you loved so much and are gazing wistfully across to the United States.

Did you know then that your destiny lay over there?

We learned from each other, as all friends do. I learned to give more of myself since you gave so freely. You would always spot me a dollar when I needed one or drive me somewhere when I needed a lift.

Do you remember my 18th birthday, when we were both working at the Neil McNeil High School dance? You should. I know I'll never forget it.

We were both dateless that night and I was particularly despondent since my girlfriend was babysitting and would not be with me at the dance.

You told me at about 8:30 that you had to run an errand. You didn't get back until after 10, but who did you have in tow? Lois, my girlfriend.

The two of you had cooked it up as a surprise and you had driven the 30 miles or so to pick her up for me. You also drove her back that evening. A guy could never have had a better pal!

After high school, you went to Centennial College, where my friend Willy Godfrey kept me up to date on your shenanigans. As time went on, we developed separate interests and, as so often happens, we slowly drifted apart. My father worked with your mother‑in‑law, or your wife Rosie's aunt, or some relation or other.

I was so happy to hear that you married and I got all the dope about your little daughter and son.

As I said, John, you had become famous and I did not want to intrude. I only saw you three times during your years of fame and the interludes were too brief.

I promised my children that I would take them to meet you sometime, but I never seemed to get around to it.

I wish now that I had tried harder.

I looked for you at two Argo games last season but you were not at those games. I guess it's too late now.

My heart goes out to your mother, your brother, Jim, your wife, Rosie, and your countless friends. Your legacy, John, is not only your huge volume of work, but is also your children, your friends, and the effect you have had and will continue to have on millions of people.

You have given the world a large measure of happiness and that is no small thing. I will miss you terribly but I will never forget you.

And, by the way John, say hello to Elvis for me will you?