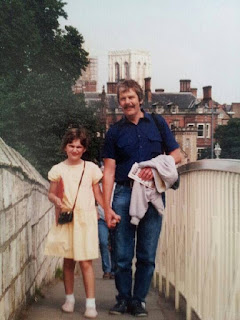 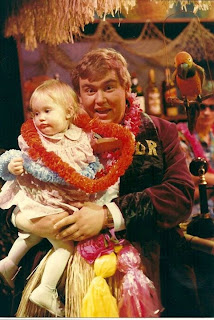 John Candy was a big man - fact. The more I research for my book, the sadder I am that people wouldn't let him forget it.

My weight has always fluctuated, I have a relationship with food, I love it! I eat when I am angry, sad, happy, bored, in fact any occasion. I have no understanding of people who don't like food - it's our life source. When I was younger I was told that if I was a big as a house no man would ever want me... that really stuck with me and I have always had an issue with it whether I have been big or not (I now realise that when I was 3 stone lighter, I wasn't big at all). I once had an ex boyfriend tell me that I was too fat - well he should see me now, he would probably run for the hills - and to be fair he should, I would be standing there throwing things at him. I have always been a contradiction to myself. I used to eat to prove to those around me that people would like me regardless of how big I was. Then the coin in my head would flip and I would cry and worry that people would not accept or love me.  Luckily for me I have found a good man who likes me just as I am. I am still not comfortable in my own skin but I think that is more about worrying what other people think of me than anything else.

John Candy was no different to anyone else, he had insecurities and he had his way to comfort those. Maybe if everyone had dropped the issue, the issue wouldn't have been so big. Maybe not. Who knows? I know people will say it wasn't good for his health to be overweight, you can't deny that... but neither was the stress and worry and the comments that stuck with him about his weight - in fact I would argue that this did far more damage.

Not only did he have to put up with the comments, they were also made in script on screen. He hated doing the mud wrestling scene in Stripes as he thought everyone was laughing at him for the wrong reasons. One reviewer referred to him as an "Elephant". Film critics can be so cruel. He didn't appreciate fat jokes. Just because someone pokes fun at themselves, shouldn't be a free passport for everyone else to do the same. The interviews I have been doing recently have revealed just how hurt John was.

John was a sensitive man. Imagine the one thing you hate most about yourself being highlighted by everyone else as a joke. He did lose weight several times but part of me wonders if his head was like mine - a constant battle of not giving a toss to it being the end of the world.

Add to that his Dad died in his thirties from a heart attack, when John was just five years old. His Granddad had also passed away young from a heart condition so to him a young death seemed inevitable. John always thought he was on borrowed time - so he made sure he had a good time.

John was loved but from my research I don't think he any clue just how much and to me, that is more tragic than anything else I have learnt.

When Playboy asked the question “You, Sam Kinison, Rosanne Barr and Louie Anderson are all in the forefront of comedy. Is fat funny?” John gave the perfect reply “It’s as funny as midgets. It’s really in the eye of the beholder. Some choose to think that. I never dwell on it. I tend to look at people as people and not as tall, short, fat, skinny. Given the opportunity, I’m sure we would come up with a list of faults for everyone. We could find old people funny. People with big noses. People going bald. People with big ears. People with goiters. People who have face lifts. People who have perfect teeth. You could cut anybody up. Roseanne Barr is very funny, very talented. More power to her. Louie Anderson is funny. Sam Kinison is very talented. I think they’re talented no matter what they look like. I don’t judge people by how they look and I try not to hang out with people who do.”

When I look at the press today I despair, it seems everyone is far more concerned with how people look than what they are achieving or adding to the world. When did we all become so fickle?

John Candy had a huge appetite for love, life, his friends and his family, he also had a huge capacity to get hurt and yet he still put himself out there.

Yes John Candy was a big man, but his heart was bigger - as was his talent.

Posted by Tracey Morgan at 08:39 No comments: 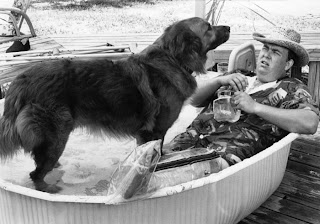