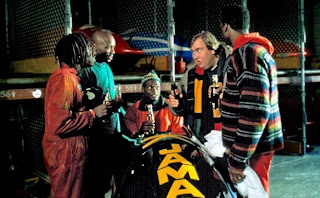 I love the food, the get togethers, the good spirit, the overeating of chocolate and some of my favourite movies being played on the TV (I’m so old fashioned, I still love watching them the old school way, it reminds me of being a kid). ‘I bet six bucks and my right nut’ that there are going to be some Candy classics on over the holidays... Uncle Buck, Cool Runnings and of course, Home Alone. With that in mind I thought you might like to read an edited excerpt of my forthcoming book ‘Searching For Candy’ to get you in the mood.

Home Alone - as we know - is about a child, Kevin McCallister (Macaulay Culkin), from a large family, accidently being left behind at Christmas time whilst the family go on vacation (due to a head count error). The whole film is then about Kevin coping on his own and also defeating some pesky house burglars determined to break into his home, whilst his family, mother in particular (played by Catherine O’Hara) desperately tries to get home to her son even though there are no flights. 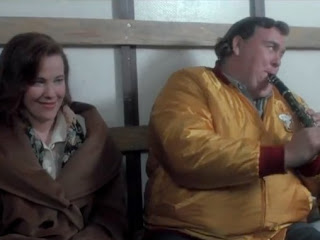 Hughes asked John to do him a favour and have a cameo part in the film as Gus Polinski – the Polka King of the Northwest who was travelling with his band the “Kenohsa Kickers” and is the sweet man that offers Kate McCallister a lift back to her son after hearing her plea in the airport. Hughes in fact offered John 1% of the royalties from Home Alone, however John advised he was doing it for Hughes, not for the money and kindly declined his offer. In hindsight he turned down a huge payday as Home Alone is the biggest grossing comedy of all time, cue the John Candy shrug of the shoulders and laugh.

John literally filmed his scenes in Home Alone in less than 24 hours whilst a driver was waiting in the car park ready to take him to his next job. The Kenosha Kickers (John’s band) were actually Eddie Korosa Jr and the “Boys From Illinois”. They got the job as Home Alone was being filmed near to Chicago where Korosa’s parents owned a very famous polka bar called “Baby Doll Polka Club” since 1954.

Korosa Jr. remembers spending a wonderful 18 hours filming with John, he told me;

“During scene set up I would take requests from John to play and sing polkas. While setting up we had most of the crew singing ‘Beer Barrel’ polka, ‘In Heaven There is No Beer’ polka, we even did the ‘Chicken Dance’.

“We got yelled at by Director, Chris Columbus, for having too much fun! He wanted us to stop playing. John Hughes was there and requested us to play one more polka. Fun!”

Korosa remembers that John was just so kind and talked to everyone, every single band member and told the funniest jokes.

There was a recent internet theory originating from Reddit that John’s character, Gus, may actually have been the devil. For starters Kevin’s mum is pleading for someone to help her get home and declares “If I have to sell my soul to the devil himself I will get home to my son” when John’s character Gus pips in. Gus also plays the clarinet - the Devils choice of instrument is always woodwind according to the bible. The fact that they meet in the crossroads of Scranton Airport (to me this is tenuous, but lets keep going) means that Gus could be a Crossroads Demon. Apparently if you call the Devil at a crossroad he will come, I’m going to take people’s word for that, I don’t feel like I have to test the theory out! 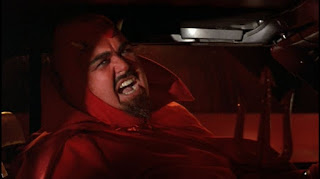 I think both Johns (Candy and Hughes) would marvel at this thought and laugh it off without commenting either way. Maybe I shouldn’t bring up that Hughes turns Del Griffiths into the Devil in Planes, Trains and Automobiles? As both Del and Neil are in a near death truck sandwich after Del is driving up the motorway on the wrong side, Neil looks at Del and Del is cackling, cloaked in red, adorned with horns. Maybe there is something in this after all?

Ya know who also wears red?

Whether you believe in him or not I hope you have a very Happy Holidays! I would like to thank you for your ongoing support this year. I’m also over the moon to announce ‘Searching for Candy’ will be out in Spring 2019, with huge thanks to ‘Team Candy’ - Joe Shooman, David Morgan, Rhys Perry and Horse.

Merry Christmas ya filthy animals, see you on the other side,

Big love to you all,