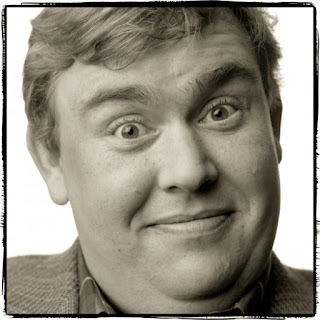 John, today you should be 65, instead you are 43 forever. Happy Birthday, I wish you could see how your fans have swamped the internet with memories of you, you would be so proud.

Wherever you are thank you, you have helped me more than you will ever know.

I wrote something for Huffpost that can be read here Happy Birthday John, We Miss You x

Much love to you and all those that miss you, peace be the journey 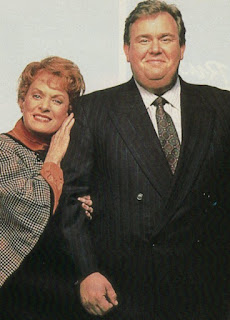 I never got to interview Maureen O'Hara, she gracefully declined through her manager John Nicoletti. Maureen felt she had made her feelings about John clear in her autobiography, 'Tis Herself, and she was right.

In every interview, before and after Candy's passing, Maureen oozed nothing but love, respect and admiration for John. Until working on Only the Lonely Maureen had retired from her acting career twenty years previous and was determined she would not go back to it. However Chris Columbus had written the role of Rose Muldoon especially for her. It took a while for Chris to track her down and convince Maureen she should read it, luckily for us she eventually did. She agreed to do the shoot if she met and liked Chris as a Director and John who would be playing her son. It took her only a few minutes of meeting them in Chicago to decide, she loved them both straight away and she turned to John and said "All right, I will be your Mother".

"The depth of John Candy's talent did surprise me. I didn't expect it to be so great. It didn't take long for me to see that his reservoir of emotion was deep, and that he was not only a comedic genius but an actor with extraordinary dramatic talent. I'm sure that even he didn't fully understand how good he really was. He reminded me a great deal of Charles Laughton." 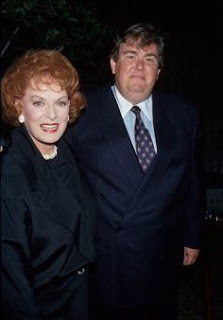 The love and respect was mutual, John was thrilled to be working with such a huge Hollywood star and they remained good friends for the rest of John's life.

I didn't get to speak to Maureen, but I did get to speak to two wonderful Chicago cops who were security on the filming of Only the Lonely. Marie and Patty, who, like Maureen are wonderful strong women, feisty and warm, gave me their time to tell me their story. I am pleased to now call them my friends. Maureen complemented them both, saying it was great to see women in jobs like theirs, she knew they were cops as their guns were always showing.

Only the Lonely is one of my favourite Candy films and the rapport between him and Maureen was just so sweet and funny. John's friend from school, Jonathan O'Mara (whose Dad coincidentally went to school with Maureen) always tells me that Danny Muldoon was the closest character John ever played to himself, a sweet, shy, considerate man who loved his family.

Although I am saddened to hear about Maureen passing today, 95 is a wonderful age, she has left a huge legacy and led one hell of a life, may we all live so long and full.

Thank you Maureen, give the big man a kiss from me, he'll be thrilled to see you x

Posted by Tracey Morgan at 13:28 No comments: