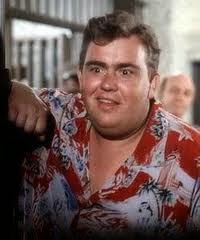 Twenty years ago today the world lost a magical man who was full of kindness and brimming with talent. Not just a comedic genius, but a great dramatic actor, loyal friend to many, a brilliant role model and proud husband and Father. We lost the nicest man ever to grace Hollywood.

John Candy died from a massive heart attack whilst in Durango, Mexico where he was being filmed in Wagons East. He went to bed on 3rd March and in the early hours of 4th March he left us.

I don't want to dwell on John's tragic passing today, instead I would like to share some final memories people had of him during that shoot.

I have been privileged to talk to Mark Jennings and Donna Meyer who were part of the crew working with John on that production. They shared many stories of John, the joy of working with him and his generosity. Mark told me that every three weeks John would put on a party for the crew and cast, they were far from home and John wanted to make everyone feel welcome. According to Mark every party had a guest bar tender, which was of course always John dressed up as somebody else. On Valentines Day he gave all the ladies roses and candy and the gentlemen twelve glow in the dark condoms. 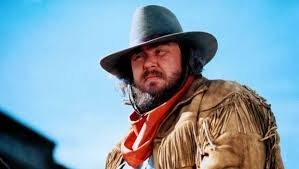 Donna shared another memory of John's kindness with me. "On Ash Wednesday, we were going to be shooting an hour or so out of town. He knew that most of the Mexican crew was Catholic and that with our very early morning calls and long days, most of them would not be able to get to church. So he made arrangements with the priest of the church he had been attending to travel out to where we were shooting to bless and give ashes to any of the crew members who wanted it. It was the most thoughtful thing I'd ever seen."

So today I am thankful, so very, very thankful that John made his impact and continues to make his impact on the world. Thank goodness there is such a full body of work, thank you even for the 'not so great' films  - for without these we would not have as much footage of John, which also gave us an example that he didn't mind working hard and taking risks, even if they didn't always pay off. Then there were the roles he played that will live with us forever, Del Griffith, Buck Russell, Dean Andews, Irv Blitzer, Danny Muldoon, Gus Polinski, Johnny La Rue, Chet Ripley, Yosh Shemenge... let's face it I could go on forever.


Whatever the reason for John's passing, he has left a hell of a legacy. John Candy still has a world wide affect today. He makes people laugh and cry on a daily basis.

My thoughts today go out to John's family as well as thoughts and thanks to all those people who have given me their time to talk to me about John, I know you all loved him and still miss him daily.

I think in my interview with Carl Reiner he put it best "I could not believe he had died, how could he die? He was so full of life!"

Legends like John never really die for they leave an impact on the world too big to shake and too timeless to forget.

To the man that made everyone want to become a better person, 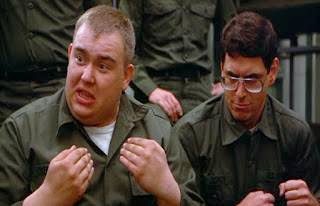 I was very sorry to hear that John's friend and fellow comedic genius Harold Ramis passed last week. May you both be enjoying a drink and a laugh together wherever you are.
Posted by Tracey Morgan at 23:05 3 comments: