Writing about John is an education 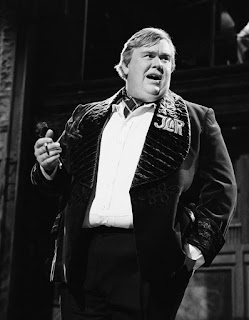 I am not sure I realised how much I would have to learn when I started this book about John. Sure I needed to hone my research techniques, my grammar (always working on that one), to learn so much about John and his world, but I didn't realise how much I would learn about so many others. Whilst researching a person, you have to research the people around them, their career and how on earth you can possibly get in touch with them.

Did you know Jay Underwood who played Bug in Uncle Buck is now a Pastor? That Lonette McKee, Angela Drake in Brewster's Millions, is big on animal rights and is writing a book on her love for birds? One fact, one piece of research and one person always leads to another and it is fascinating.

I have been asked a lot of questions about John since the start of this process, one of the most common ones is about John being rumored to play Roscoe 'Fatty' Arbuckle in a film about Roscoe's life story. Well it was true it was offered to John, however he declined. Personally from my research I believed John passed because he was worried about misrepresenting Arbuckle, John was always very respectful of people.

A few months ago I spoke to Rob Salem who is an old friend of John's, as well as being a renowned writer and journalist. Rob told me "I wanted him to do the Fatty Arbuckle story. I think he was afraid of it. I think he was afraid of where it would take him, out of all the Second City people he got the furthest and the fastest and the most so he didn’t really have the comfort zone that they have of his precedence before them. So that whole fame trap, he was aware of that and very wary of that, and that is what killed Fatty Arbuckle. He told me he was afraid to go there."

Although I knew about Arbuckle, I didn't know his story in full. To understand what John was afraid of I am now reading and researching Arbuckle and I am finding it heartbreaking. A naive and sweet man, made and ruined by Hollywood. The problem is people love scandal, whether it is true or not is irrelevant to most and although it is seen as tomorrow's chip paper, it ruins lives and breaks hearts. So I get it John, but I am with Rob and I think you would have done Arbuckle justice with a phenomenal performance.

I have also learnt you have to earn people's trust and that the kindness of strangers picks me up daily. I am more confident than I thought  but possibly not as confident as I need to be (again working on this one). That if you don't ask you don't get (sometimes you can ask and not get but at least it stops you from wondering what if) and that I couldn't have picked a better role model and moral man to write about.

The book is coming along nicely and the support I am receiving helps no end, so thank you.

Much love to you all
Tracey x