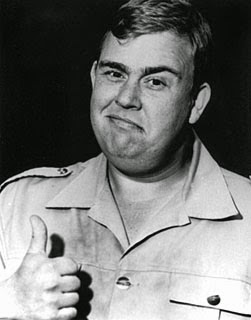 Well Happy New Year! I hope 2014 was as good to you as it was to me. I am still a million bucks shy of being a millionaire but last year I was blessed enough to interview some fantastic people about John. I never thought he could go further up in my estimations but hearing stories I had never heard before just reaffirmed everything I knew about him and then some.

The kindness of strangers has overwhelmed me this year. There have been so many people who have gone out of their way to help and encourage me, they are paramount to this project and a testament of how much everyone who came into contact with John loved him.

Hopefully 2015 holds the book release for me (aiming for October) so I better get my head down. I have over 100,000 words in interviews alone. I have been asked a few times who have I interviewed for the book so I thought I would give you a list so far (there are more interviews in the pipeline too). These people were friends, colleagues, cast and crew, some had chance encounters with Mr Candy and every single one add colour and life to the book. I thank them all for their love and time;

So I wish you all a very Happy New Year and a blessed 2015! Keep your fingers crossed we see the book later this year.

Thanks for all your support
Much love