Things you may, or may not know about John Candy: Part 3 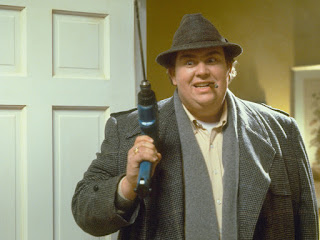 Sorry I promised this a couple of weeks ago! Better late than never eh?

So seeing as Part 1 and 2 went down quite well, I thought I would write a part 3.

1. John was a very loyal friend, if you worked well with him and he liked you, then you had a job for life. Frankie Hernandez who was known as John's driver and personal assistant, helped John early in his career and stayed with him until the end. Other members of Team Candy included; Ben Nye Jr (Make Up Designer), Silvio Scarano (Costumer and Dresser) and later, Robert Crane (PR). Frankie referred to John's team as "The Chango's" which is Spanish for "The Monkey's".

2. Whilst filming Uncle Buck, Jean Louisa Kelly (Tia Russell) turned 17. John brought her gifts and
ordered in a large birthday cake which had "She was just 17, you know what I mean" iced on it. 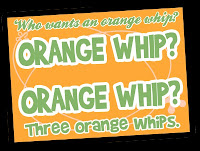 3. Although we would all love to believe that John's favorite drink would have been an Orange Whip, it was actually a rum and coke.

4. John loved music, according to his agent Catherine McCartney if you didn't leave an event with John before the band started, you didn't leave. John had a fantastic sense of rhythm and was very light on his feet!

5. One of his favorite TV series according to Dave Thomas was Victory at Sea, John would always want to watch a few episodes after a night out. Victory at Sea was a series filmed in the 1950's about the US Navy in World War 2.

6. John had so much integrity and huge love for his wife and kids. In the early days of his career John worked with Walter Olkewicz whilst filming 1941 (in fact he and Walter were in every scene together). During filming there were a lot of beautiful women on set and some of the actors were cheating on their girlfriends and wives. Not John though. Walter told me John had said why would he want a hamburger when he had steak at home? "Rosie was his bride, she would always be his bride". He never wanted anyone else and couldn't understand anyone cheating.

I hope you are all doing really well! The book's release is still on course for the end of November.