Things you may or may not know about Planes, Trains and Automobiles... 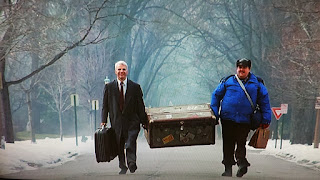 OK so our friends across the pond in the USA are celebrating Thanksgiving this Thursday, and seeing as Planes, Trains and Automobiles is one of the most renowned Thanksgiving films (as well as being one of my top five favourite movies of all time), I thought it was only right I shared a few facts about this wonderful film.

I wanted to steer away from the usual "It's Kevin Bacon in the race for a taxi scene", we all know that. So I have collected a few new things I have learnt from researching the book about John and some of the interviews I have conducted, hopefully, you may have not have heard one or two of them.

1. Del's late wife, Marie, was played by Susan Issacs. Only the picture of Susan made the final film, but they had filmed flashback scenes with the couple, oh how I would love to see those cuts. "To the wives!"

2. John's friend, Jonathan O'Mara had a similar motel room "those aren't pillows" moment with John when they went to Buffalo as teenagers for John to apply for the Marines. Luckily for us John was rejected because of his bad knee, however, Jonathon was sure that night had an influence on that famous scene in PTA. 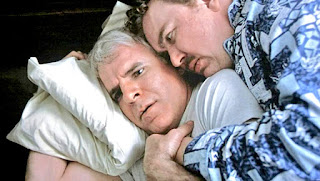 3. John Hughes wrote PTA in just over a weekend and the original cut of the film was four and a half hours long, how I wish they had released that version. Only one deleted scene is in the public domain and you can find it here, it's pure comedy gold. (Yes I have shared this before but you can never watch it too many times). 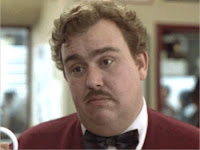 4. John had to have a perm for the role of Del and ***amendment*** in this film his moustache was real! In other films where a tache was necessary he absolutely hated wearing it, people were constantly pressing on his face to make sure it was in place. 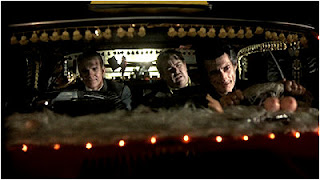 5. After filming the Doobie's Taxiola scene, John Hughes sent everyone home apart from a skeleton crew, John Candy, Steve Martin and Larry Hankin (Doobie). He asked them to improvise in the cab and they spent all afternoon doing so. Hughes made a ten minute short from the footage, Larry told me he had never had the chance to see it but he knows it exists as Chris Columbus had confirmed he'd seen it.

So there you go, just a few more to add to the Planes, Trains and Automobiles facts that will be circulating this week!

To all who are celebrating, I hope you have a wonderful Thanksgiving :)

To everyone, please go and watch this great film, laugh and cry, marvel in its beauty, for the writing and casting is as good as it gets.

With lots of love always,

PS Here is how the book is looking so far x 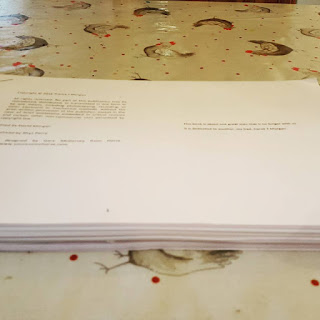