Music has always been an inspiration to me, my taste is diverse, I just like good songs. In fact there have been nights when I am pretty sure music has saved my life.

John also loved music, it was a big part of his life.

When John was growing up he booked the bands at Neil McNeil high school, he also played the clarinet (which was very useful later on in his sketches with Eugene Levy playing the Schmenge Brothers and for his role as Gus Polinski in Home Alone).

Through booking the bands he met one of his best friend's Jonathan O'Mara (who is also a very talented musician). They were both big fans of Simon and Garfunkel and used to drive round late at night listening to them - I wonder if John ever imagined he would be introducing them on stage later on in life? Not only that but having Paul Simon co-star on sketches? In fact Paul featured in one of my favourite early Candy sketches, Roy's food repair http://www.youtube.com/watch?v=JCxscU0hWok (look out for who else you can spot!).

John had a great sense of rhythm, he was light on his feet and a great dancer. His agent, Catherine McCartney, told me if you didn't leave the night before the band started, you knew as soon as they took to the stage you were staying until the end.

During SCTV they championed musicians who would come on and play as part of a sketch in the show - many times these suggestions would come from John who was always keen to give someone a break.

Playing Gus Polanski in Home Alone John was only there for 24 hours and managed to upset Chris Columbus as he kept encouraging the polka musicians (used for his scenes) play songs and nobody could concentrate, of course John Hughes saw the funny side and told them to play one more.

He was even the music video for super-group The Travelling Wilbury's, The Wilbury Twist http://www.youtube.com/watch?v=UrVvd6aPI4c

His love for music is evident in doing the classic 'mess around' scene in Planes, Trains and Automobiles' http://www.youtube.com/watch?v=zQjKFXA4QPA -  you should always bookmark this scene and when you are feeling low, watch it, it's like a tonic.

I was curious as to what music John would listen to knowing that his tastes were probably as diverse as my own. I interviewed Dave Thomas (one of the first big interviews I did), Dave was so generous he gave me an hour and a half of his time. When asking Dave about the music John loved one track really stood out in his memory. John would play Eddie Money - Baby Hold On To Me very loudly in his car. When I am struggling to write I now listen to this song and somehow I always find inspiration. http://www.youtube.com/watch?v=YTE12zOHuFI

There are many other stories I could tell you now but I am trying to hold some stuff back for the book.

I have been blessed so far undertaking around forty interviews about John for my book. From old friends to colleagues, his agent, co stars, fans and crew. I have stories coming out of my ears.

I am writing the book but I am not really a writer, the interviews are telling the story for me - just as it should be. I have no clue when this will be finished as with every interview it changes ever so slightly. The common theme though is "Everybody loved John" - and they did.

This project would not exist without those who were willing to give their time, trust and memories and I will always be grateful. If you knew John please get in touch, I would love to hear your story. 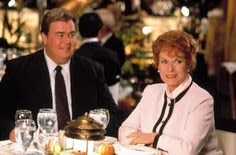 I'm off to watch Only The Lonely one of my favourite John Candy films. For those of you who haven't seen the film before I have it on good authority from two of John's old friends, Jonathan O'Mara and Charles Northcote, this was the character that John was most like in real life. Just loveable.

Next on the list... searching for Maureen O'Hara, wish me luck!

To keep posted on the blog, book and some lovely classic Candy moments please also like my group on Facebook  https://www.facebook.com/searchingforcandy

Posted by Tracey Morgan at 13:20 No comments: 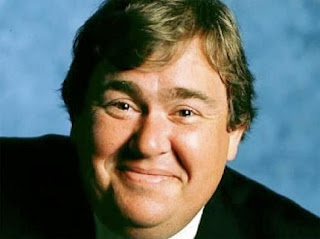