Thanksgiving, Popcorn and a little bit of Patience 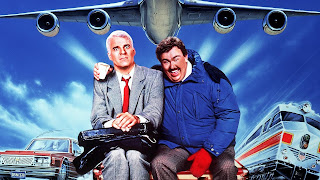 So I haven't blogged for a few weeks and I thought I better fill you in on what has been going on...

Firstly a belated Happy Thanksgiving to all those who celebrate in the US, I hope you had a wonderful time and I am pretty sure most of you watched the wonderful Planes, Trains and Automobiles, which has become a huge tradition for so many at this time of year. I recently got to read the original script for PTA and I learnt why Dell has a black eye in the scene after they get pulled over by the State Trooper. In the original script the duo actually get arrested too, on leaving the station Neil proclaims that at least the car is the rental company's problem, Del then has to confess that he was trying to save Neil money and didn't take out any insurance, hence Del getting slugged by Neil. 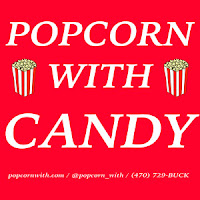 Myself, well I'm thankful for a lot of things, for John, for you guys reading my blog, for the people who have taken time to help me and for the friends I have made along the way.

Two new friends include these amazing brothers, Octopus/Caveman and Peter, who have recently started a podcast called Popcorn With Candy. They are going through the films of John Candy in chronological order and it's a great listen. So far they have covered Class of '44, It Seemed Like a Good Idea at the Time, Tunnelvision, The Clown Murders and have just put up an interview they did with me. Please go and support them, they are funny, entertaining and big John Candy fans, follow this link Popcorn With Candy. My apologies to them both as I was nervous as hell and got total verbal diarrhea - the last thing I want to be remembered as is an annoying Blabbermouth! I'm not that used to being interviewed but they put me right at ease and I even gave away some of the stories in the book. They have since had me back on for their episode about The Silent Partner which should be up soon.

Well today is the day the book was originally due to come out and if you didn't know already it has been put back a couple of months. I could have rushed but it wouldn't have done it justice. I am also due for surgery any day now so I thought I would wait in case I was releasing the book whilst also being cut open (it would have made things pretty hard). I hope you guys don't mind and I'm so sorry it will take a little longer, patience is not a virtue I have but I am trying to work on that. In a way I think it will work out for the best, some interviews are still coming in. My good friend Joe Shooman (biographer/writer extraordinaire - check out his work Joe Shoo), has advised me that the book will never really be finished, it is a living entity in its own right - there will always be new information, new people to interview, so another couple of months it will be with us and then I have no doubts a second edition will be due over the years to come.

Well I hope you are all really well, I would love to hear what you have been up to!

Much love and thanks for all the support
Tracey xx

PS Chris, John's son, is one of the leads in Bar America, an independent film that has just been released on Amazon. It will make you laugh and cry and is a must watch, especially for all the creative types doing it for themselves. Chris is wonderful in it, occasionally he will do something on screen and you will see John in front of you, however Chris also stands up in his own right as a brilliant actor. More on this soon xx
Watch Bar America
Posted by Tracey Morgan at 09:37 1 comment: