Well, how is everyone doing?

I have been slacking on the ol' blog posts, haven't I? I promise to write more than once a year in the future, sometimes life gets a little overwhelming and things go on the back burner. 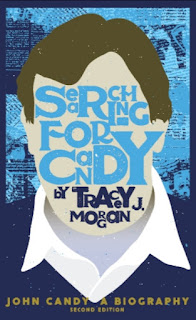 I am doing okay, my health has been holding me back a little, I had major surgery in June and am awaiting another large operation. Still, it may slow me down, but it doesn't stop me.

I'm presently busy with a few different projects, most notably an MA in Comedy Writing - which, as you can imagine is great fun. I'm also writing the second edition of Searching For Candy which will be finished imminently. Thanks to Gary at Horse, here is the new front cover, it will also be available in hardback which is very exciting.

Have you heard the exciting news about the release of the 4k Blu-Ray Planes, Trains, and Automobiles (out on 22nd November)? Of course you have, everyone is talking about it, it's already at the top of most Amazon charts just from the pre-orders! The big gift is the bonus disc, 75 minutes of unseen footage including deleted scenes. I have to be honest, I never thought we would see this footage. I read a John Hughes interview from many years ago stating the film had likely perished so I never held out much hope. Big kudos to Joe Ramoni at Hats Off Entertainment for finding some deleted scenes and starting a campaign to release the Hughes cut and to all those that put pressure on Paramount Studios for the release. Sadly, we won't get the full director 4-hour cut but there is surely some wonderful comedy gold that has been dug up. I can't wait! If nothing else it's just lovely to see footage of John Candy that I've never seen before. 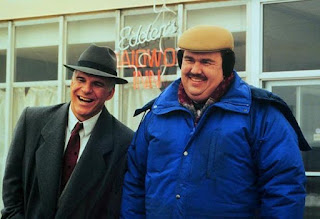 Also, if you are into film trivia, have you checked out my book, Those Aren't Pillows! A  Fan's Guide to Planes, Trains and Automobiles? It also includes information about deleted scenes, interviews from some of the actors and crew, and takes you through the film step by step. It's well worth a look (even if I do say so myself).

I hope you're enjoying the changing of the seasons. It's been a strange few years, hasn't it? I hope everyone is doing okay and hanging in there. Thank goodness for comedy, as John himself said, "As long as you can savor the humorous aspect of misery and misfortune, you can overcome anything".

With lots of love,